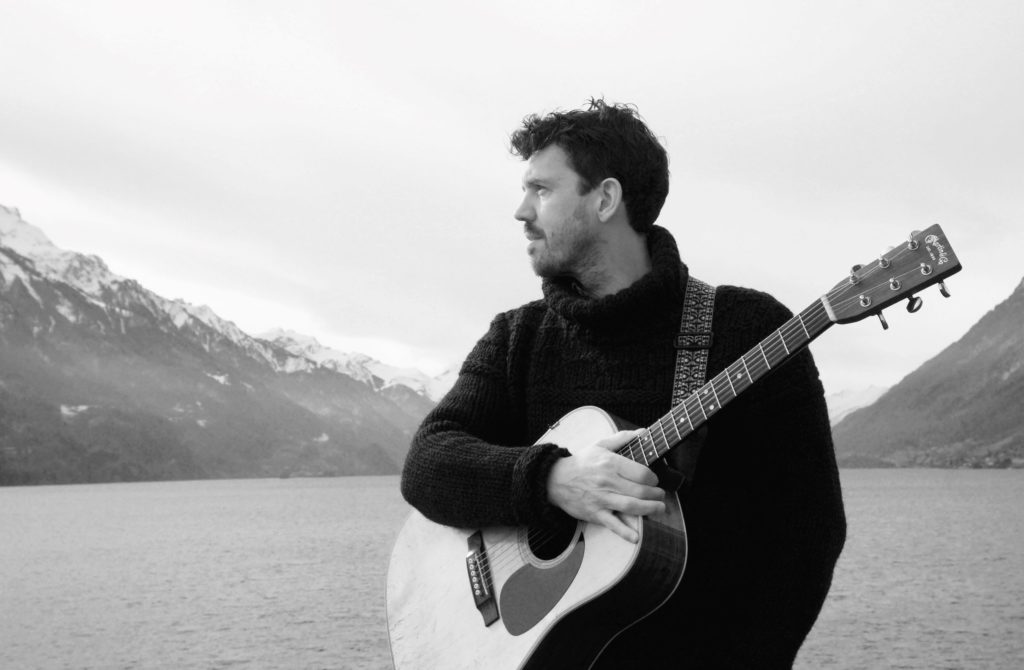 Well, we say Buddy Holly, but it was actually none other than Gus MacGregor: the singer-songwriter and actor who played him in the hit West End musical The Buddy Holly Story!

Arriving in our bespoke mobile recording studio, the Roadee, Rob was able to park up right outside the singer’s Brighton home. Once our vehicle was safely stationed on Gus’s front drive, Rob was handed a steaming cup of coffee and the two of them got down to some serious recording business!

As the session in the Roadee got underway, Rob learnt that Gus had a great time playing the part of Buddy for almost a decade. His tenure as Buddy even culminated in him receiving an Olivier Award nomination for Best Actor In A Musical!

Yet despite such a thrilling accolade, the lure of the West End gave way to a burning desire in Gus to set out on the road and create his own music – resulting in his debut solo album Lifeline (which was released in 2009).

The folk artist – who cites John Prine, Willie Nelson and Jackson Browne as some of his key musical influences – went on to release four further albums throughout the following decade: the eponymous Gus MacGregor, A Different Dream, Dead Horse and Halloween!

Which brings us neatly to the singer-songwriter’s latest (sixth) album, Old Love. Released just this month (March 2020), it has a decidedly stripped back feel to it.

Gus hired the Roadee to record the guitar and vocals for the 11-track album. Once these were safely in the can, he sought the help of a string arranger from Influx Studios (in Bern, Switzerland), who incorporated a string quartet onto five of the 11 tracks. Rounding things off were some additional harmonies, provided by the Swiss singer-songwriter Jaël. Et voilà, Old Love was born!

It’s been great helping Gus bring his latest album to life, and to watch such a talented singer-songwriter at work!

Old Love is out now and is available on various streaming services, including Bandcamp: https://cutt.ly/rtfcoKX

Further information on Gus MacGregor (including his biography, discography, reviews and tour dates) can be found on his website: https://www.gusmacgregor.com/